Integrate with Outlook with Dates and Times and Assignee Information 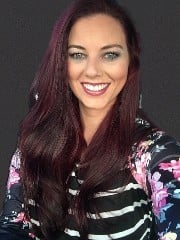 The outlook integration as it exists is nice if you only have one or two projects.   As a single user I manage hundreds of projects at a time I would like to be able to sync my calendar to outlook in a more integrated format.  For example, when i set a task or appointment date in Smartsheet I would like to be able to automatically create an invite from that location this the dates and times in the smartsheet.  If we could attach an ICS template for each meeting that would be even better.  This would save having to put this information in two locations.   Also the abiilty for an update to be made to smartsheet or outlook when a date and/or time changes in either location.  If there was a way to add a group in one column that were "attendees" so the invites would go to them and a separate column for "organizer" that the appointments were from and that could designate whether a particular task would show on someones calendar even if it were not an invitation, but possibly a task.  There would need to be a way to designate the difference between the two items.  And the link from outlook to smartsheet to update items only allows updates from within an email.  There is no way to make an update from within an apppointment in outlook.  For example, the meeting was attended, or cancelled or notes from the meeting.