Hopefully someone can help, because I'm getting increasingly frustrated.

As a quick explanation, we have a huge Smartsheet that gets updated by several different departments on a quarterly basis. A webform gets sent out containing certain columns for staff to update. I know that is basic stuff but I've just noticed I use the word 'Form' a lot and what I'm actually referring to is the webform created by an Alert/Action.

I have 2 problems with the creation of 'Request an Update' webforms.

Firstly, when I putting together a 'Request an Update' alert, the columns I add keep shuffling around in the Advanced Options section.

I've attached examples to illustrate my point. The image labelled 'Before' is how I entered the columns and how I wanted them to appear on the form, and the image labelled 'After' is how they appeared after I saved the form and immediately opened it back up again. The shuffled order doesn't affect how they appear on the form itself when the client opens it, but it means that I can't easily add new columns as needed by the client because I can never be sure where they'll appear on the form. There also doesn't appear to be any logic to the new 'shuffled' order. The new order doesn't reflect where they appear in the Smartsheet, the order that they were added, or the column type.

Secondly, the columns I add into the form don't necessarily appear where I want them too. As an example, the image labelled Before is the order I wanted the columns to appear on the form, however the form displays the field named 'Datapoint' immediately following the field named 'Measure Type' rather than after the 'Q1 Actual' field as I wanted.

What am I doing wrong? 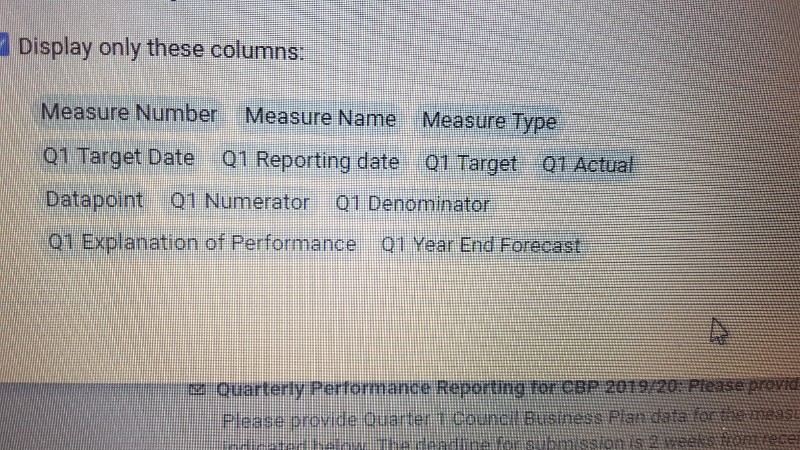 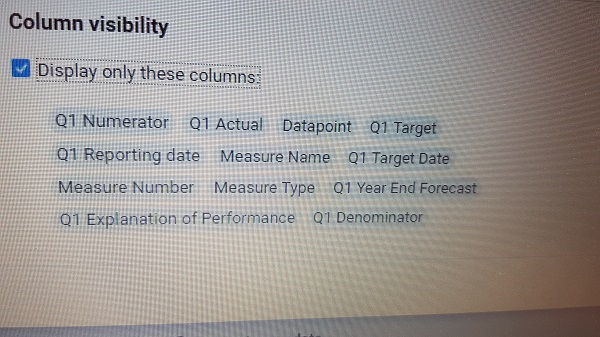