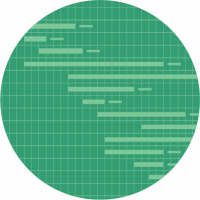 Would love to see the feature that Excel has where you can add a note or comment to a specific cell, not just to an entire row. A lot of times you need to explain why you populated a cell a certain way, what assumptions were made, etc, and having those notes in the discussion column gets messy. I know you can create another column next to it that says "notes" but that just doesn't hit the mark. YOu'd have to have that for every column, it would mostly go unused, you'd be hiding and unhiding your notes columns, etc. Need a quick way to add a comment or note to a cell.