I have a sheet where a person sets project status. They can choose Green, Yellow, Red, Grey or Blue. Since Smartsheet cannot handle 5 color lights, I do the following. The person can set G, Y, R or Grey directly. If their project is launched (blue), then instead they check a box indicating it it has launched. I have a helper column with the following formula in it:

If the Launched Box is checked, it is the Blue Circle. If not, then it is whatever status the User set in the Symbol column.

I then have a Dashboard, with a widget that grabs the value in the cell with the formula in it, and displays it as project status. This has worked perfectly for the last year.

Here is an example of it working with a green status. 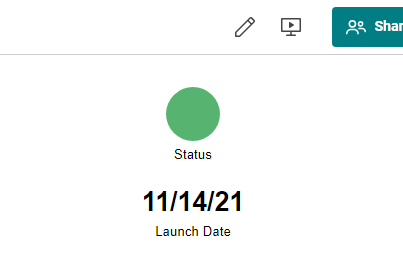 However, recently (I had a user notice it on 11/23) the blue dot is no longer displaying as a blue dot. It now looks like this 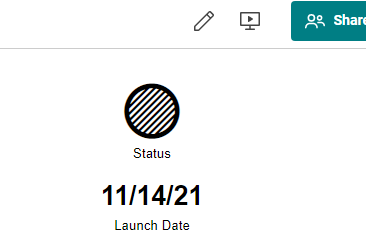 If I hover over the widget, it displays a small blue dot to the side. 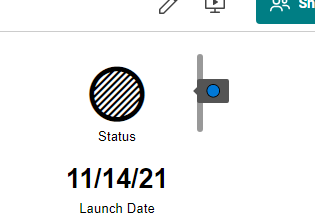 The blue dot appears correctly in the cell on the sheet that the dashboard is pulling the information from.

Has anyone else encountered a similar issue ? Any fixes?

I know there were some updates to the dashboard recently. Does anybody know if this was an impact?