With the recent update to SmartSheets, our company has seen a few issues.

It would be great if we could expand the 'Attachment Version History' box by the width, to see the whole file name instead of having to download the file to see the file name, which is especially important for version control since the versions are out of order.

Has anyone had the same issue with the version number in the attachments? Or found a way to expand the 'Attachment Version History' (or reduce the size of the icon so you can see more of the file name)? 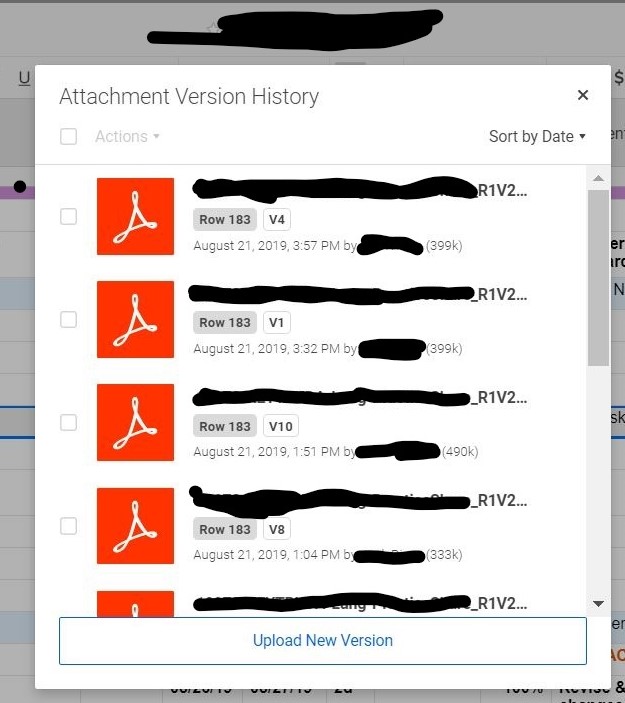