FAQ: How do I use Rich Text when I’m posting a question, discussion, or comment? 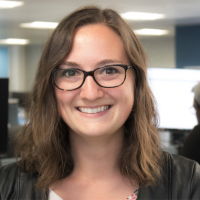 There are a number of different formatting options when posting content in the online Community.

This first set of buttons allows you to add bold, italic, strike, code, or link formatting to selected text. The following standard keyboard shortcuts also work when you have begun typing inside the editor.

You can also adjust paragraph formatting within your posts by clicking on the Paragraph symbol that appears to the left as you type. Currently it is broken down into 4 categories:

There are a number of markdown macros that will transform your text:

NOTE: one of the macros is the greater than symbol, >, which will turn your text into a comment. If you are typing in formulas that include a > symbol, you may want to do one of the following: