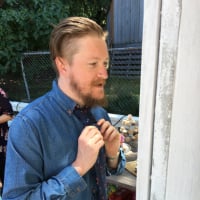 Yesterday, we released an exciting feature—Activity Log! Track views, changes, and deletions to data (even rows) by clicking the Activity Log tab at the bottom of a sheet.

This feature is available to licensed users on Business plans and eligible (post December 2016) Enterprise plans that are shared to a sheet with Editor or Admin sharing permissions.

Help Center documentation for Activity Log will be available on April 19th.

An overview of new features, plus a list of bugs fixed in this release, will be publicly available later this week on our Release Notes site: https://www.smartsheet.com/release-notes

Feedback helps us improve Activity Log, please use the Product Enhancement Request form to tell us how we can make this feature better fit your needs.