I wonder if anyone might be able to shed some light on an issue I'm experiencing. I'm a new Smartsheet user so I could well be doing something wrong or expecting Smartsheet to work in a way that it doesn't. I'll set out the issue below and if anyone can explain what I'm doing wrong, or if there is a different way to do this in Smartsheet I'd be grateful.

I'm trying to build a workload view using sheets and the Resource View, so we can schedule projects more effectively.

In order to see people's total allocated workload based on the data held in these two sheets, I then created a Resource View and chose "By Project", carefully selecting only those two sheets that I want to pull in the allocation percentages from.

To put this another way:

> Independently, Bob now creates his own plan for Project X, called "Bob's Project X Plan", allocating some tasks to himself. 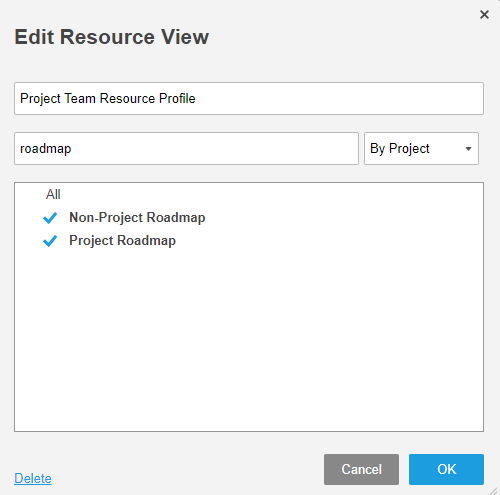