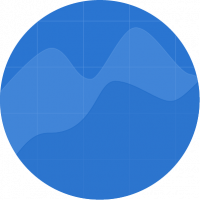 I'm using Smartsheet in Google Chrome and notice that when it's left open for a period of time, Chrome is using a lot of CPU resource, to the point that the mouse won't move smoothly across the screen and typing is delayed appearing on screen. I don't think my Smartsheets are particularly complicated - the biggest is probably a plan in the region of 700 lines, 13 columns with no special formulae but they do have a bit of conditional formatting, however I see the same on much smaller sheets too. I also have automations set up but presumably these are server-side?

Is there anything I can look out for to minimise impact on the PC? I have tried it on another computer and see similar effects. Is there anything such as number of workspaces I have access to that could contribute to the problem? Alternatively, what's the recommended browser - I have 64bit Chrome on Win10 currently.

Just wondered if this is a known issue, are there any proposed changes to help with performance etc? I'd rather not be having to close down Smartsheet all the time to have a usable computer!